What is Amazon Marketplace? How Amazon Sellers Can Benefit From Them 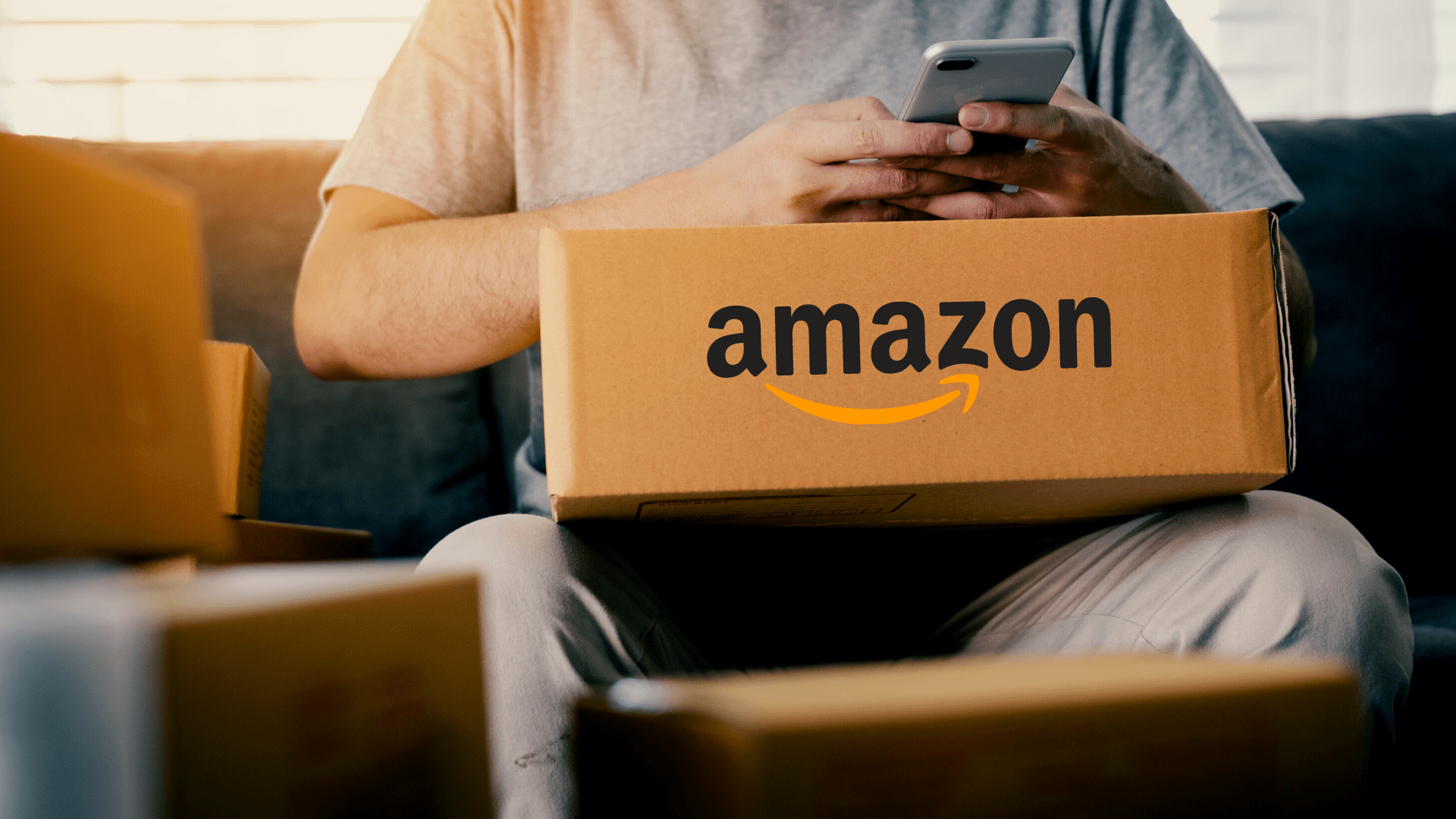 As a retailer or a third-party merchant, having somewhere to sell your products without renting a physical shop is a plus for your business success. The good thing is Amazon Marketplace has you as a retailer or a third-party seller in mind. You can sell your products on their e-commerce platform. Besides, the Amazon marketplace allows you to connect with millions of customers worldwide. With that said, let's answer the question; what is Amazon Marketplace?

What is Amazon Marketplace?

Although some customers may not know the differences between Amazon and Amazon Marketplace, the two operate very differently and usually generate millions of dollars annually.

1. Amazon is a large online retailer of various products and cloud service providers. On the other hand, Amazon Marketplace is a third-party seller where other retailers sell their products from the Amazon site. Amazon marketplace is usually integrated into Amazon itself.

3. Amazon.com is a catalog of the goods the company sells. Conversely, Amazon Marketplace usually lists Amazon and other participating sites' products worldwide using its retail approaches.

4. Amazon marketplace charges its seller a fixed amount of money for each sale they make, while Amazon has no such requirements since there are no individual sellers involved.

6. Amazon Marketplace usually allows sellers to resell new and used products while Amazon does not.

What Are the Benefits of Selling on Amazon's Marketplace?

One of the reasons you should sell on Amazon Marketplace is the volume of their web traffic which leads to increased sales. According to research, Amazon attracts about 85 million visitors monthly. In this case, you can quantify the numbers of folds by which your sale will increase. Besides, the chance of your product reaching potential customers will increase.

There is a list of products you can sell on Amazon Marketplace (including used items). You can also make small or large sales; besides, Amazon gives you all the necessary resources and expertise.

As mentioned earlier, Amazon Marketplace uses Fulfillment by Amazon (FBA) services to ship products. So, when you choose to sell on this platform, your products will be shipped to your customers faster and at cheaper rates than you can. Besides, by including Fulfilled by Amazon (FBA) wording or its Prime logo to your product, you raise consumer satisfaction.

Therefore, you can enjoy stress-free and reliable goods shipping with Amazon Marketplace. And the good thing is you are not limited to using a fulfillment provider to ship your product. But you can opt to ship the products to your customers, where you will be in charge of packing the product and the shipping cost.

4. Get potential customers from around the world.

As mentioned earlier, Amazon has millions of different customers from all around the world. And one out of four of the customers usually ends up making the purchase. They go to Amazon Marketplace intending to buy, and while browsing, they might come across your product.

So, the Amazon Marketplace allows you to get potential customers. Moreover, selling high-quality products will increase the chances of securing ongoing customers.

Unlike other third-party sellers, Amazon usually provides secure and hassle-free payments. For example, you get a notification through email that money has been received for your product and is deposited into the registered bank account. Besides, Amazon Marketplace only takes its fees when a sale is made.

Amazon has the expertise that provides professional services to help you with each step of selling your product online, including advice on what to sell and how to market it.

Amazon marketplace was launched in the United States in 2000. Since its debut, it has expanded into a massive online platform. Besides being the largest marketplace, it's the most competitive in terms of seller popularity and traffic.

According to research, 78% of the United States sellers prefer the Amazon US marketplace, while 55% of sellers sell on amazon.com. US Marketplace is ideal for US sellers who are getting started as well as sellers from other nations looking to expand their markets.

Canada Amazon Marketplace was launched in 2003. So it's easy for sellers who are already selling on amazon.com. In fact, 41% of the seller are from the US, while Canadians are only 29%. This makes it a great starting point for United States sellers to expand their business internationally.

Mexico Amazon Marketplace was launched in 2015. Like Canada, it's easy to set up for sellers already selling on Amazon US. However, only 12 percent of the population speaks English, a limitation for US sellers who don't speak Spanish. According to research, only 12 percent of sellers sell in the Amazon Mexico Marketplace.

Amazon.de recently launched its marketplace in 2022. By traffic, amazon.de is the second busiest marketplace worldwide after Amazon US. In 2020, it had a revenue of $29.6 Billion. Besides, it offers an interesting opportunity for sellers interested in extending their amazon business to Europe. According to a recent survey, 10% of the German sellers in the German marketplace are from the country, 22% of sellers are British, 18% are Chinese, and 8% are Americans.

Amazon France launched its marketplace in 2018. Amazon.fr has 269.79 million visits annually and net sales of $3.6 Billion. The largest sellers on the Amazon France marketplace are from the UK (22%), 16% are Chinese sellers, 16% are US sellers, and only 11% of sellers are from France.

Amazon.it was launched in 1995. Between 2014-2018, there was a recorded good growth rate, but later sales became static, increasing by 1%. UK sellers dominate the Italian market with 23%, while sellers from Spain account for 10%.

Amazon.es was launched in 2011. Amazon Spain is not very popular for sellers since the country has a harsh VAT registration process. If you want to be a seller, your documents must be validated by a legal official and Hague apostilled, meaning foreign documents are usually verified in a certain way by a legal official.

Amazon.nl was launched recently in 2020. So if you want to be a seller in the Netherlands, we won't recommend using Amazon FBA when fulfilling your orders. Also, keep in mind that the Dutch don't like late deliveries.

Amazon.se is also a new marketplace launched in 2020. Sweden's market has a lot of potential because of the massive online culture.

Amazon.pl was recently launched on 2021 and currently has over 70,000 sellers globally, making it one of the biggest launches.

What Are the Major Amazon Selling Programs?

If you are a retailer or a regular dealer, we recommend going for Amazon Seller Central. Research shows that more than half of the sales on Amazon usually come from third-party merchants registered with Amazon Seller Central. Besides, sellers on this program sell items under their brands or stores on Amazon Marketplace and still keep their inventory compared to Amazon Vendor Central.

Furthermore, if you go for this selling program, you will be free to choose whether to package and ship your products on your own or let Amazon deal with the packaging and shipping of the products from Amazon's fulfillment centers. Under this program, Amazon Marketplace gives customers access to wide product options from thousands of sellers and enables price comparison.

Amazon Vendor Central is only available to merchants and wholesalers. This invite-only program allows manufacturers or merchants to sell their inventory (such as computers, video games, or game consoles) directly to Amazon at wholesale prices, which is later sold on Amazon.com.

However, Amazon usually maintains ownership of the items to avoid confusing the items sold on Amazon Marketplace by third-party retailers. Besides, we must acknowledge that selling your products to Amazon through Amazon Vendor Central is a way for you as a manufacturer or wholesaler to sell large quantities of inventory without investing extra time in marketing and shipping.

10 Tips for Sellers on Amazon Marketplace

The Simple Path To Amazon Wealth

Get your instant access to your digital copy of "The Simple Path To Amazon Wealth" book & learn how to setup new streams of Amazon income. Tips for Selling on Amazon (Things to Do to Succeed)

What are the best tips for selling on Amazon? Read to find out the best-kept secrets to a successful online business.

The Ultimate Guide For Amazon Tools for Sellers

Since the Amazon marketplace is constantly evolving, FBA sellers have a lot to do. Here are the best Amazon tools for sellers to help with tasks.

The Definitive Guide to Amazon Forecast for FBA Sellers

Unlock the full potential of Amazon Forecast to build, train, and deploy accurate forecasting models. This detailed guide is an FBA seller must-have.

Follow up on new regular advices, resources & tips and tricks about launching
your first product and running a succesful business on Amazon FBA.

Thank you! Your submission has been received!
Oops! Something went wrong while submitting the form.